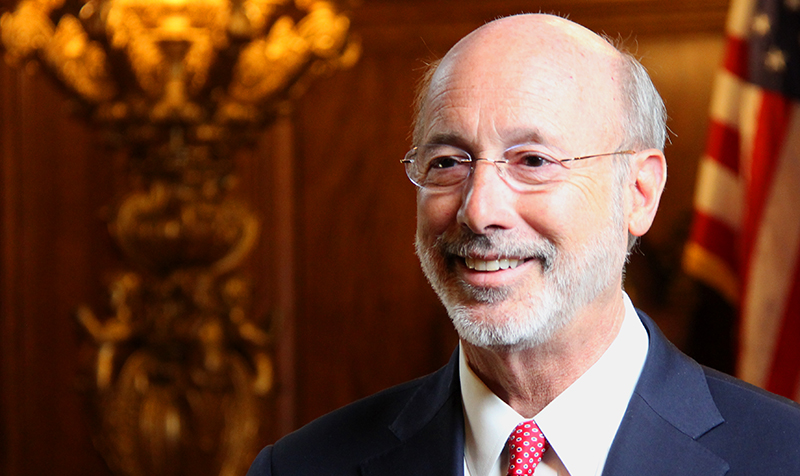 No one loved York more than Louis.

PA Governor Tom Wolf knew Louis Appell, Jr. most of his life. His parents were friends with Louis and his wife, Josephine.

“Even though he was from my parents generation, he was always interested in my thoughts and what I was doing. He supported me as I became more community focused”, stated Governor Wolf.

“No one loved York more than Louis. His desire to see things change for the good was infectious. He was extremely generous with everything he had.”

Louis Appell had the right priorities. And the means to facilitate change for the good. He also had the foresight to form the Powder Mill Foundation to continue the focus of contributing to a better York after he passed.

The Governor believes that there was a theme to Mr. Appell’s charity. “Make York a better place. More attractive. More livable. He was involved in so many things. York would be a much different place without him.”

Governor Wolf notes, “Louis Appell was such a generous contributor. Look at just a few of places he’s touched – the York History Center, The York Revolution baseball team, the Appell Center, the library, the Cultural Alliance. These, and many more, make York a place where people want to live”.

People not only live here, they want to be involved in York’s transformation. “It’s all part of the broader idea of “community”. Democracy is not a spectator sport”.

Louis Appell’s legacy is his generosity. Because of him – and the work of the Powder Mill Foundation – the people of York, PA are seeing an improved quality of life… and rediscovering its urban form.
PA Governor Tom Wolf